It’s been a long time since we’ve done a healthy discussion on HarmonyOS operating system, we’re all busy with EMUI 12 rollout in the global market. However, now we have a new input regarding the launch of HarmonyOS 3.0 closed beta, which is quite amazing.

According to the information coming from a Weibo tipster, Huawei could launch the HarmonyOS 3.0 closed beta in March this year. On the other hand, the closed beta program will allow consumers to test the latest HarmonyOS features ahead of the public release.

Huawei has now announced any official launch date for the closed beta testing or the eligible devices but the Chinese tech maker is surely preparing to provide us a glimpse of what is coming next in this HarmonyOS 3.0 operating system in March 2022.

The official development timeline of HarmonyOS reveals that the HarmonyOS 3.0 has already begun the Developer Preview beta by October last year. Now, the software is preparing to run over and enter on consumers’ devices.

Following the recruitment process, eligible device owners will be able to load HarmonyOS 3.0 followed by an OTA update rollout that will bring new features. Throughout the program, testers can provide their valuable feedback to improve the software and help developers to make it stable for final rollout. 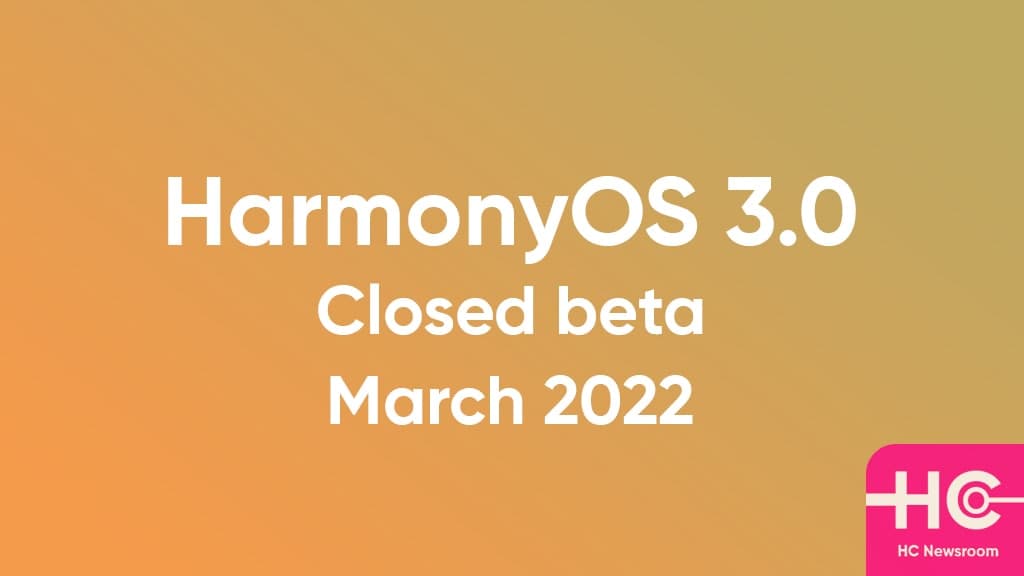 HarmonyOS is a cross-device platform-based operating system that is designed and developed by Huawei. In 2020, the tech maker announced this software as open source and donated it to OpenAtom foundation which is now owning its source code.

As its specialty, the software could connect and establish smart connections among all of the HarmonyOS powered devices. A good example of such capability is shown by a feature called Super Device.

With this feature, a user can connect different types of devices such as tablets, smartwatches, and smart screens as well as other IoT devices to control and execute smart tasks right from their smartphone.

As of now, HarmonyOS is limited to Huawei phones in China and there’s no confirmation about its release in the global market. We’ll keep you posted on further development that will appear in this story.