There are a lot of interesting features that you’ll get when you upgrade over Huawei EMUI 12 but there’s one refreshing function called Device+ that will bring you extra prowess of connected device ecosystem.

The EMUI 12 Device+ feature enables you to manage all of your connected smart devices into one place with seamless connectivity similar to the HarmonyOS Super Device feature. The concept is almost the same except for some additional features that you’ll only find on the HarmonyOS operating system.

According to Huawei, Device+ helps you link your devices into one device so both first (main device) and other (connected device or devices) can work as one. Moreover, a device that has the same Huawei ID could be discovered automatically once the feature is enabled. 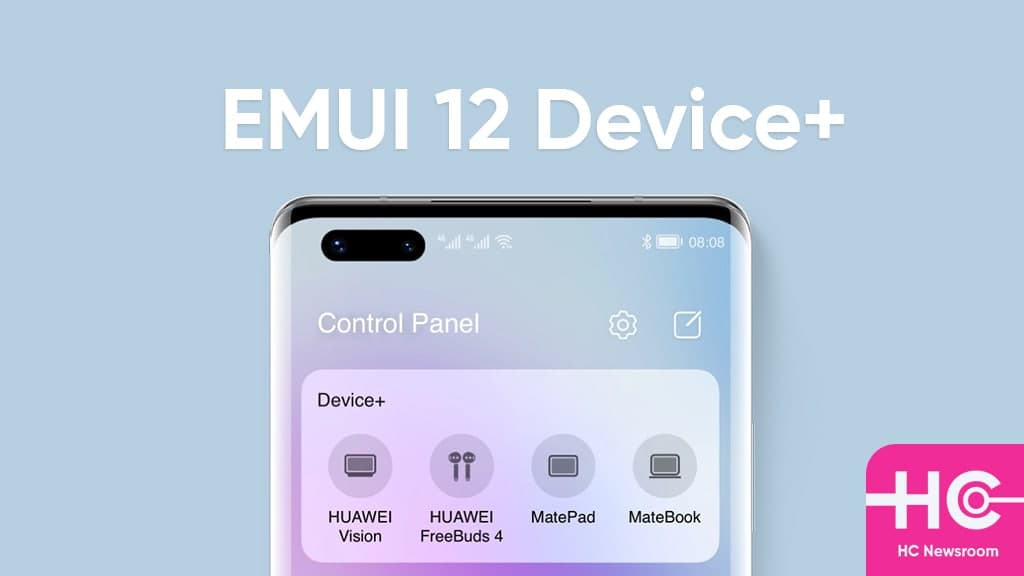 The Device+ feature resides in the Control Panel, which you can access by swiping down from the top right side of the display. Move down and check the Device+ section to manage your smart devices.

The interface is very simple and easy to access and allows you to connect to disconnect the corresponding known devices with one tap. Such features also help you with capability including transferring video calls to other connected devices using multi-screen collaboration.

The EMUI 12 Device+ feature is really awesome and every Huawei consumer should give it a try but the HarmonyOS version of this same feature has more power as compared to its Android sibling.