EMUI 12 is a hot topic among Huawei smartphone users and waiting to upgrade over to the latest version. Meanwhile, Huawei has already started seeding the stable EMUI 12 version to the owners of the eligible devices such as the P40 series, Mate 40 Pro, and P40 Pro.

On the other hand, some old flagship devices are still testing EMUI 12 software under the beta program. These are:

However, there are some devices that are left to upgrade over EMUI 12 but for your information, these devices are eligible for the EMUI 12 rollout list mentioned below.

It’s possible that Huawei may include more models in this rollout but currently, there is no information available on this matter. 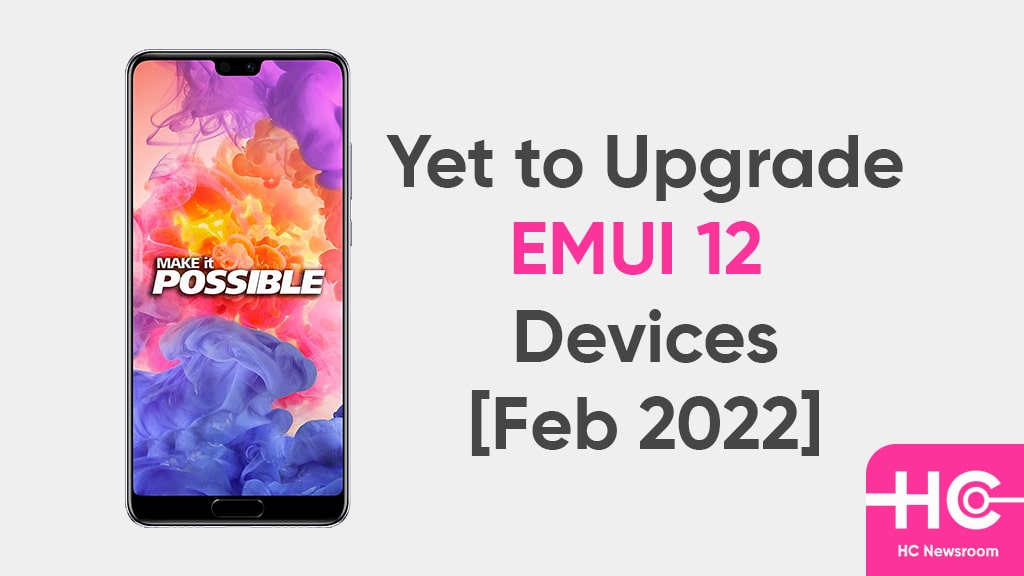 This list of left to upgrade EMUI 12 devices is important, as some of these only run EMUI 10.0 or EMUI 9.1. Therefore, the upgrade procedure for the corresponding models will bring a whole new user experience compared to the previous EMUI version.

Therefore, the phone maker is now rolling out this major software update that brings a new user interface and a bunch of new features such as the Control Panel, notification panel, new animations, a better graphical representation, and more. EMUI also brings a number of new improvements for the performance to enhance the overall task handling.

Since Huawei has not confirmed to the rollout of HarmonyOS for the global models, the Chinese tech maker has decided to put EMUI 12 in front and roll it out for all of the consumers.

There’s a lot more to explore in the EMUI 12 and you can get the entire information in the article linked below.