Huawei has already launched a bunch of smart notebook series that comes with various capabilities and unique design aspects. By taking this initiative forward and bringing more uniqueness to its entire notebook series, Huawei may soon unveil its next notebook featuring a 5nm (nanometer) Kirin chipset.

According to a leaked poster, the next Huawei notebook – Qingyun L420 will equip with a 5nm Kirin 9006C chipset with octa-core specifications and a maximum clock rate of 3.13GHz. This notebook has an integrated graphics card, equipped with 8GB of LPDDR5 memory, along with 256/512GB of UFS 3.1 storage, as it supports 160MHz WiFi 6 network connectivity. 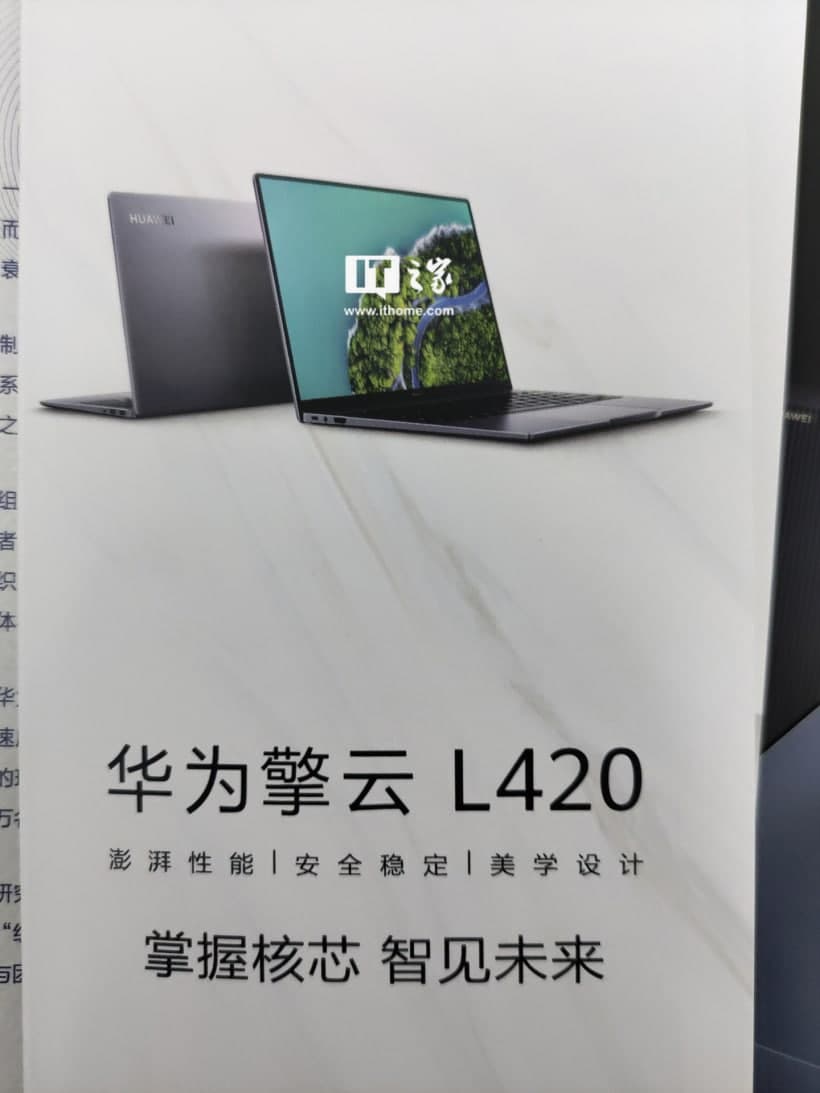 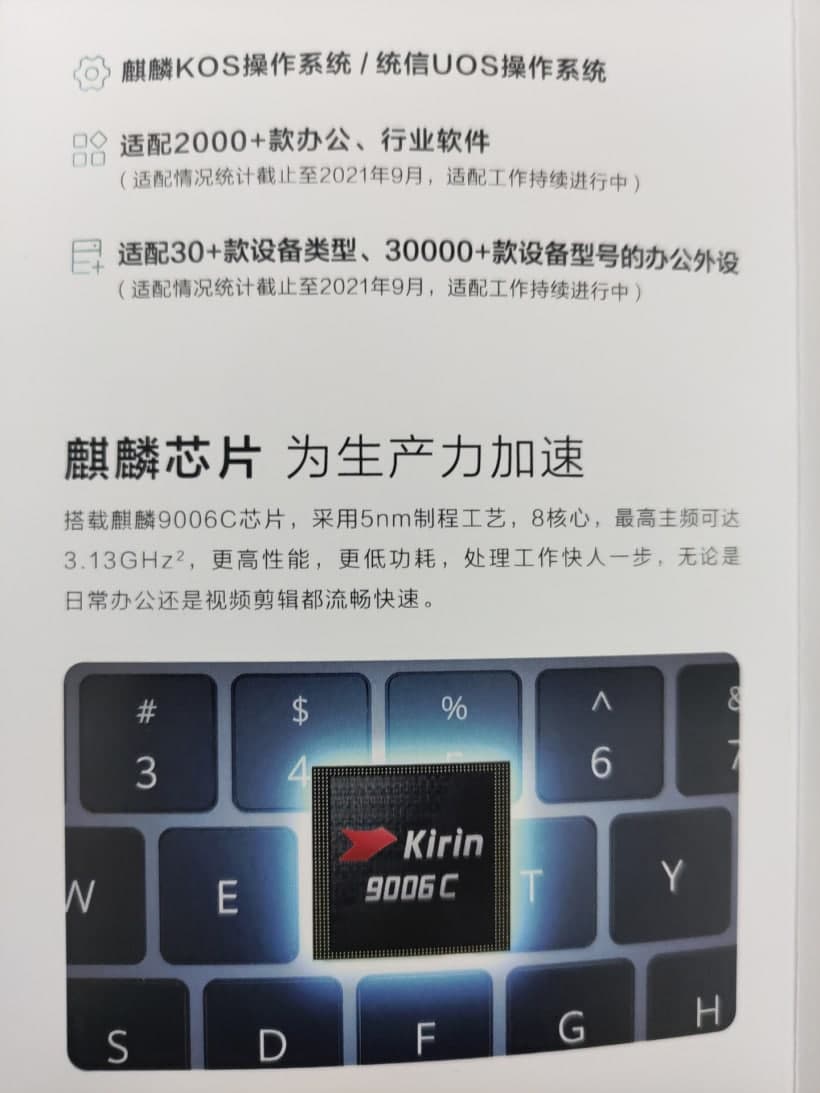 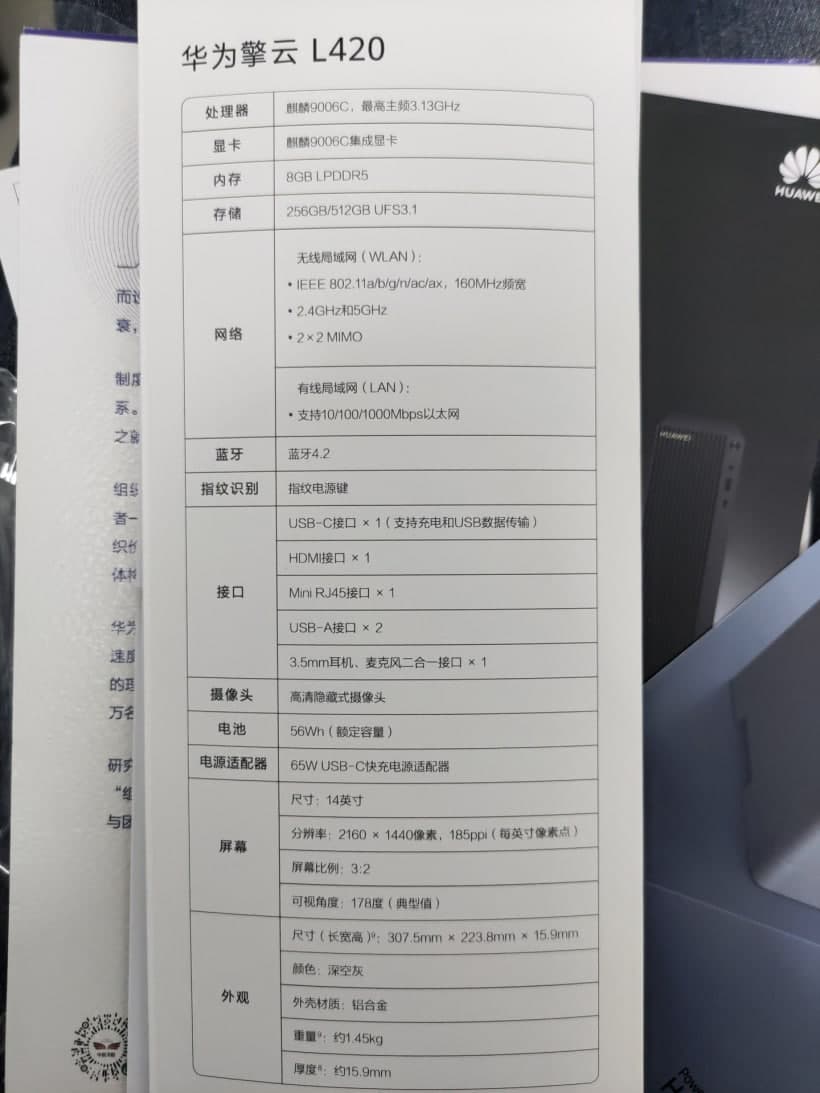 In terms of a software system, the Huawei Qingyun L420 features KOS, or it could give you the option to select from UOS.

The previously launched Quingyun L410 chip was launched with Kirin 990 chipset and features a 14-inch 2k resolution display, featuring a Chinese Unified Operating system AKA UOS and for government and enterprise users.

The latest version of this laptop will bring more power and processing capability for the consumers. However, on the other hand, there’s no official available on the launch of this notebook from the official’s end.