On November 19, Huawei has published a new patent entitled “AR/VR Scene Map obtaining method” with announcement number CN110855601B in China. According to the information, the company applied for this patent back in August 2018.

The AR /AVR Scene Map provides an easy preview of place, views, and interaction with web-hosted 3D models in their environment as well as deliver experiences to real-world coordinated.

According to the patent, this AR/VR Scene Map application method provides a method and device for acquiring a scene map of a head-mounted display device. This method includes: 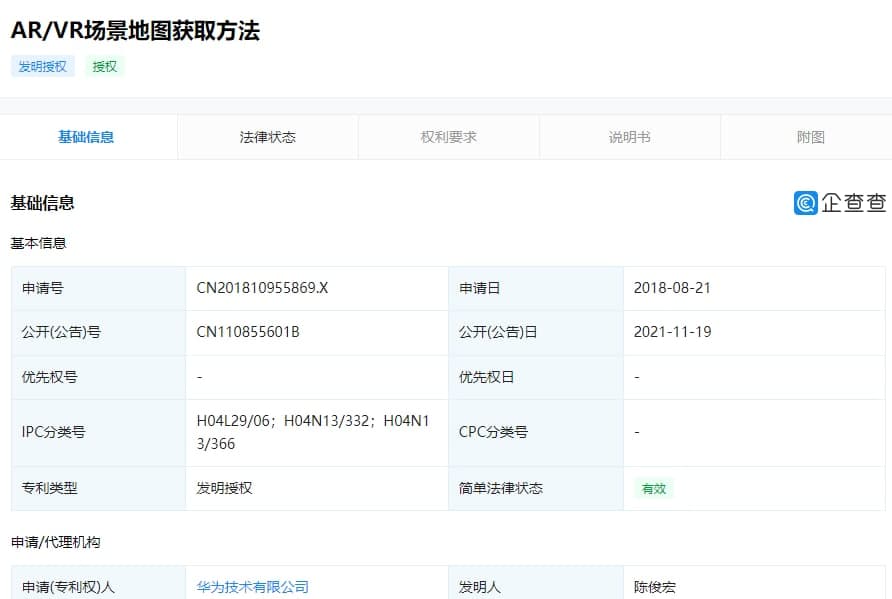 On the other hand, Huawei has recently released various new products including the new Huawei VR Glass 6DoF game set. This set consists of a VR headset, 6DoF vision modules, controllers, and a mobile phone cooling back clip.

The new Huawei VR Glass 6DoF comes with joysticks and multiple function keys, grip keys, and a trigger for camera movements. The features include the joystick could also help you to take screenshots and record screens with key combinations.

Last week, Huawei has filed a new patent named “Dual Mode Headset” with a public number of CN111133364B. The patent description reveals that this technology works under the dual-mode architecture of VR and AR headsets including a head mount, the mainframe, and a pivot frame.