Samsung recently launched the Galaxy F52 5G in China, but it seems that there is not much time to launch another Galaxy F phone, because the unreleased Galaxy smartphone has been found in the Wi-Fi Alliance. It reveals some key specifications, such as model number and software features.

According to the latest news, it is said that Galaxy F42 5G recently visited the Wi-Fi Alliance website. The list shows that it has the SM-E426B type and is equipped with 5G network support. In addition, it will follow the latest trend of providing One UI 3.1 based on Android 11 out of the box.

The WFA certificate confirms that the upcoming Galaxy devices support 2.4GHz and 5.0 GHz Wi-Fi bands, but its Bluetooth capabilities are still unclear. However, it is a 5G model and may be introduced to the market with a renamed version of the recently released Galaxy M42 5G and some minor changes. 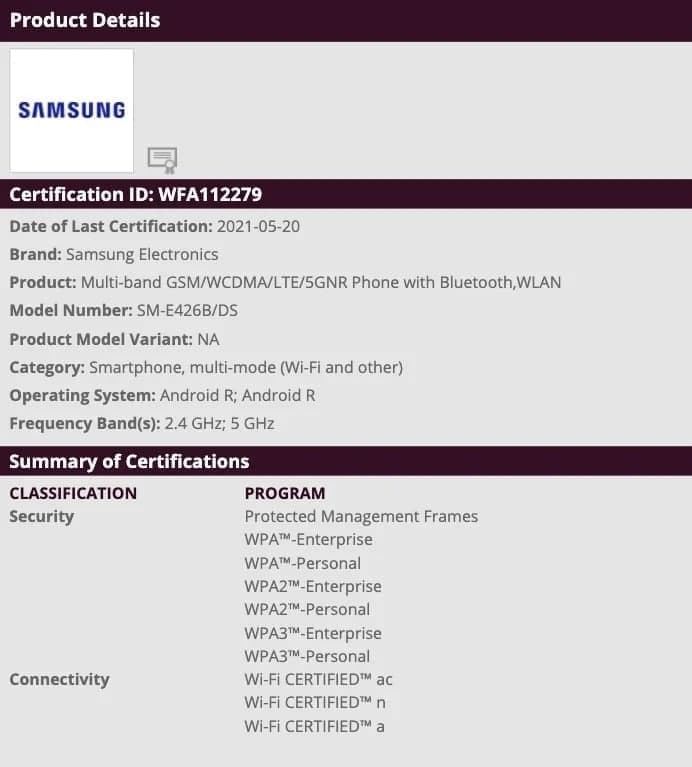 Qualcomm is likely to support the Galaxy F42 5G on Qualcomm’s popular Snapdragon 750G SoC. It is worth mentioning that the Galaxy F41 launched last year is the first Galaxy F series model, and F42 5G will replace it.