Recently, a series of new Huawei home routers completed the China Compulsory Certificate (3C). According to the information, the models of these routers include WS8000, WS8006, WS7000, WS7002, etc.

According to Weibo, Huawei will focus on developing three routers in 2021, including WS8501, WS8000 and WS7290. The product series has a simple appearance and is expected to have a built-in antenna design, and the Wi-Fi 6+ logo can be seen on the device itself.

The reminder also suggested that WS8501 can use more than 100W power supply and has 8 network mode interfaces. However, Huawei has not announced an official date for putting these routers on the market, but it will appear sooner or later. 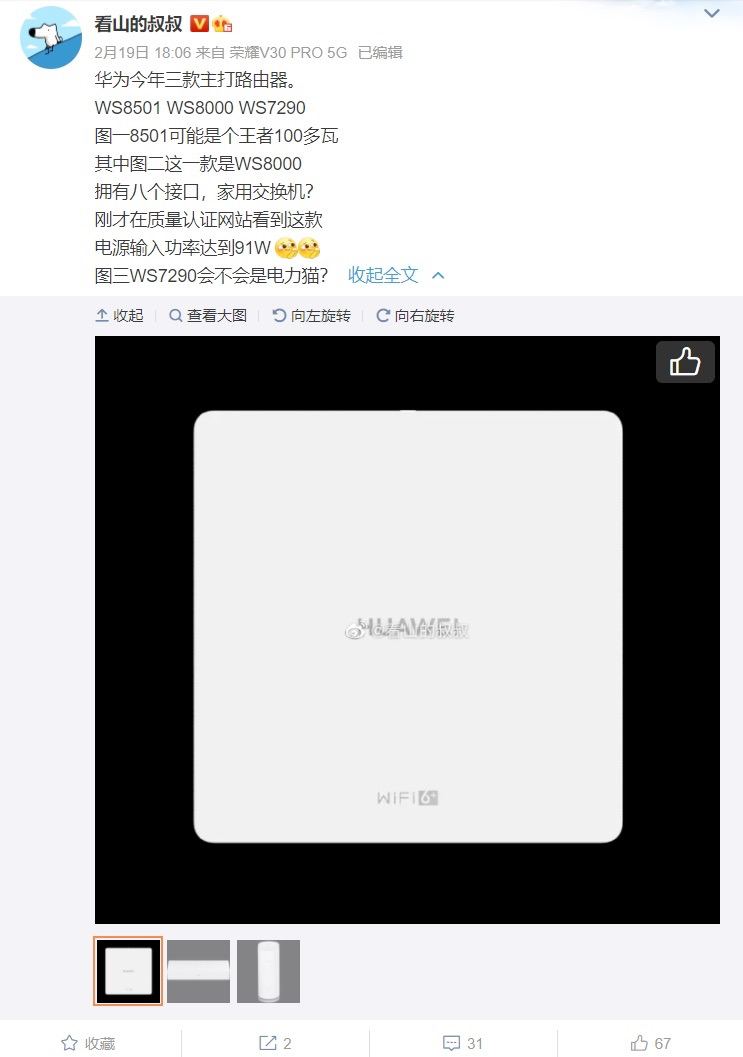 Huawei’s latest power modem router product is Q2S. This product adopts the design of sub-machine. The product on the left side of the figure below is the main path, which can drive up to 15 sub-paths. 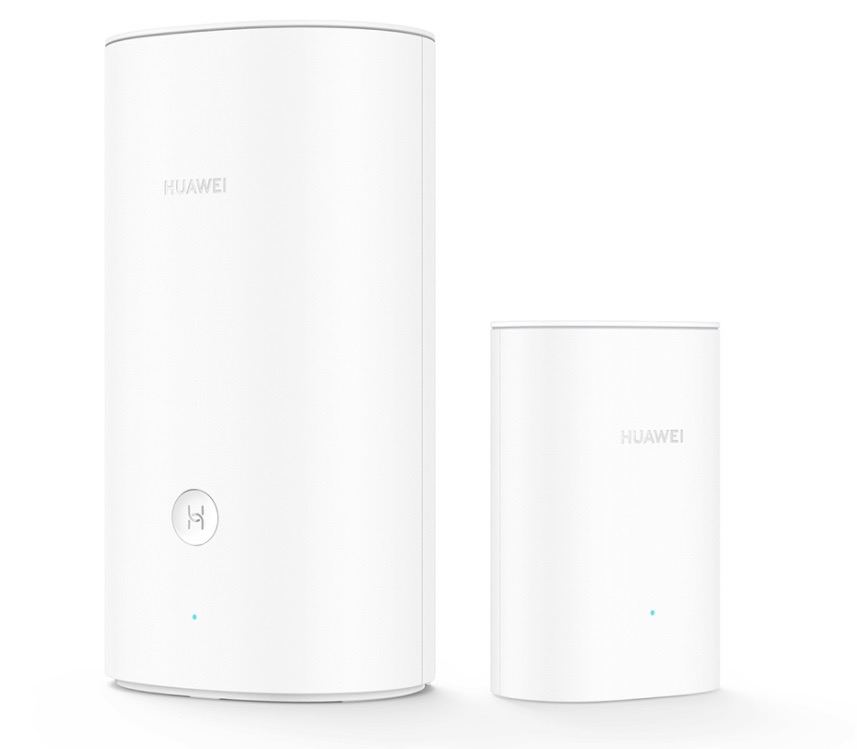 The sub-router on the right is directly plugged into the 220V power socket. The solution does not need to arrange network cables and uses 220V main power for signal transmission, thus simplifying the network layout of duplex buildings and seamless roaming and switching.

Huawei router Q2S is currently priced at 539 yuan in China, suitable for a combination of a child and a woman, and only supports 802.11ac 5GHz signals. The new product Q3 is expected to support WiFi 6, and the wireless signal is expected to be greatly improved.