Just recently, some reports have surfaced on the Internet, indicating that Samsung has suspended the release of Android 11 and One UI 3.0 for Galaxy S10 series devices. However, it was not clear at the time the reason for the suspension.

According to official information, after stopping the launch of Android 11 / One UI 3.0 for Galaxy S10 models, Samsung will develop an improved version based on One UI 3.0 to quickly resolve camera-related issues after solving the latest One UI 3.0 FOTA .

The company official further added that it will not release another update based on Android 10. Samsung detailed that devices released with Android 9 (S10 / Note 10) may encounter different types of issues that are released with Android 10 (S20 / Note 20). And some parts need to be optimized according to the attributes or specifications of the equipment.

“Because the verification is still in progress, it is difficult to obtain detailed guidance on the release schedule of the full version of Android 11. We will check the progress and make further responses before next Thursday.”-Responsible for Samsung GalaxyS. 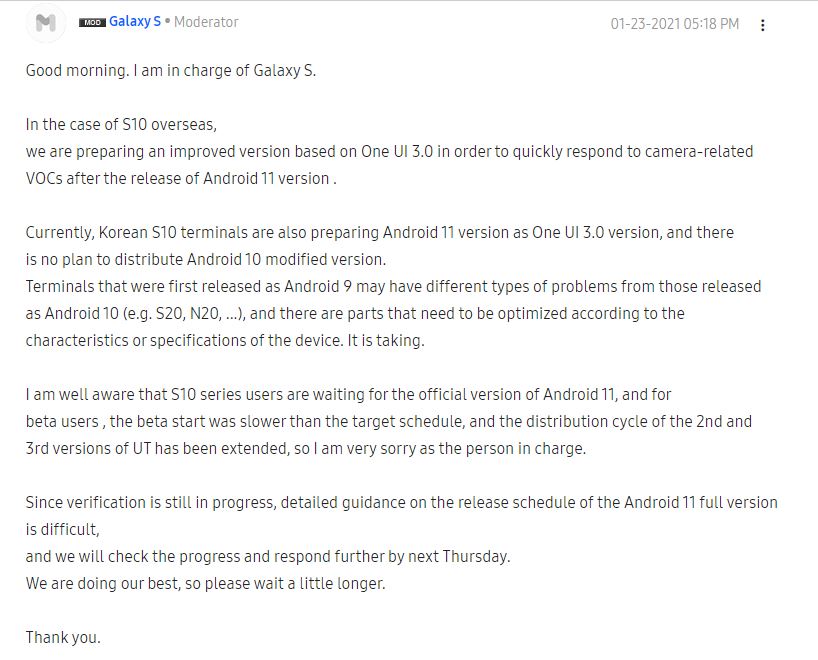