On January 15, 2020, Huawei applied for a new trademark NM Plus in China, with the Chinese application number 43836750. The international classification of the trademark is 9 types of scientific instruments, and the current status is applying for registration.

According to previous information, Huawei owns the trademark of Nano Memory (NM) card, which is a unique technology used by Huawei to expand storage. It is similar to microSD, but the size is reduced by about 45%.

Since Huawei has applied for the NM Plus trademark, it is expected that it will be an upgraded version of Huawei’s NM micro memory card, and it is expected to be put into production to provide high transmission speed and provide large-capacity storage.

The size of the NM memory card is the same as the Nano-SIM card tray, so they do not need a separate tray in the smartphone. Users can use two Nano-SIMs or one Nano-SIM and one Nano memory card on their Huawei devices.

The latest official report shows that Huawei has confirmed its cooperation with Toshiba, a manufacturer of NM micro memory cards. In addition, the Ultra NM card also has 256GB of storage space and a transmission speed of 90MB/sec. 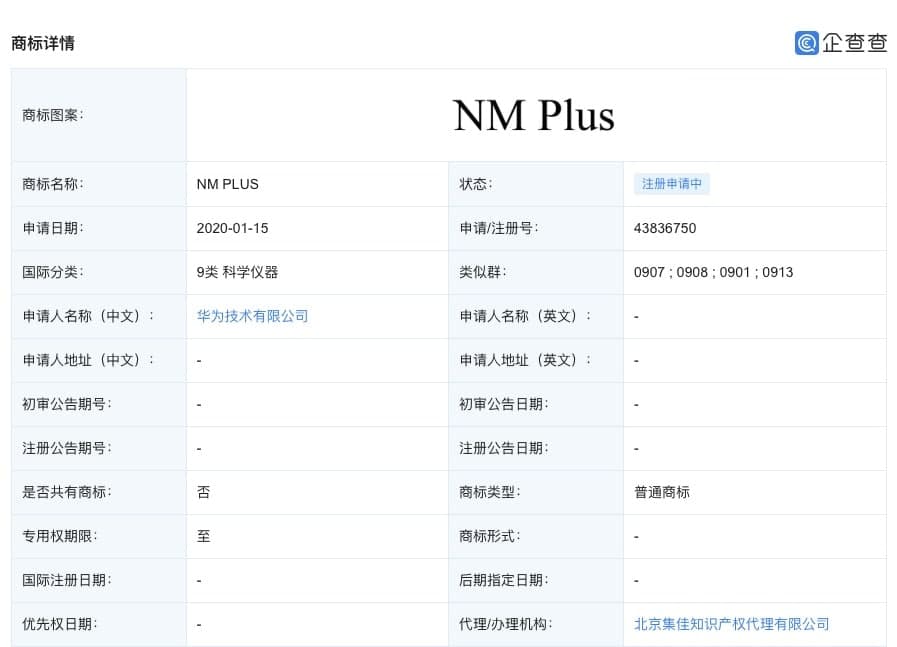