Huawei Developer Conference 2019 will officially be started with Keynote Speech on August 9 at the Dongguan City avenue in China and the Ark Compiler is confirmed to showcase its power at this event.

President of Huawei’s Smartphone Product Division, He Gang said today that the tickets of 2019 Huawei Developer Conference have been sold out, as a promo image shared by the Gang hypes that Ark Compiler will be one of the major topics that’ll be discussed in this gathering.

Ark Compiler is an application compiler self-developed by Huawei for Android developers and increases app’s performance developed with this solution.

The promo images also hint at the simplicity that comes after adaptation of this compiler in the application ecosystem. Moreover, the company will announce the Ark Compiler as open-source at HDC 19.

Huawei has previously announced that its EMUI 10 will be unveiled at HDC 2019, based on Android Q that’s expected to go stable in August somewhere around the HDC event. 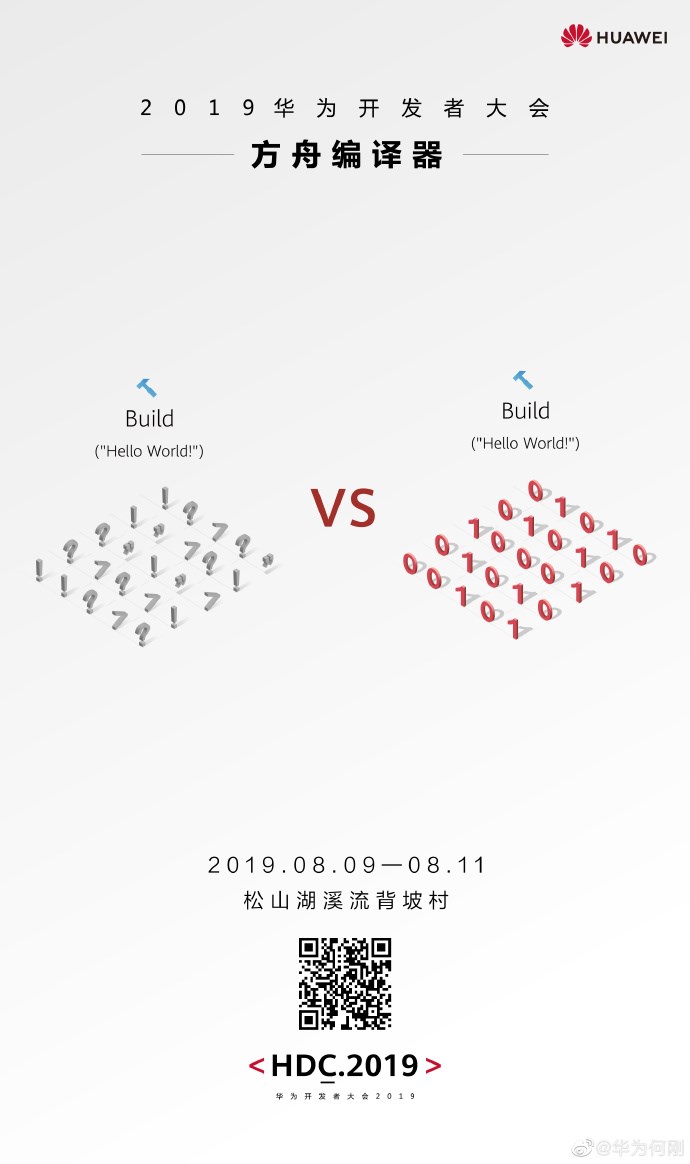