Honor has officially announced the latest ‘Honor Band 5’ in China that can now measure the oxygen level in the blood system.

The full specs the Honor Band 5 are yet to be revealed but its display shown in the images seems new and the color reproduction is also good. In addition to its features, the most highlighted part is its measurement of blood oxygen level. To indicate about the lack of oxygen in the blood, which affects energy, memory and leads towards other physical problems.

The Honor band 5 is available on pre-order on July 18 with a 19 yuan ($2.7) deposit with three colors including Black, Blue, and Coral. The band also have a non-standard version which could be unveiled later with more specs may and features may announce on July 23 at the launch event of Honor 9X series. 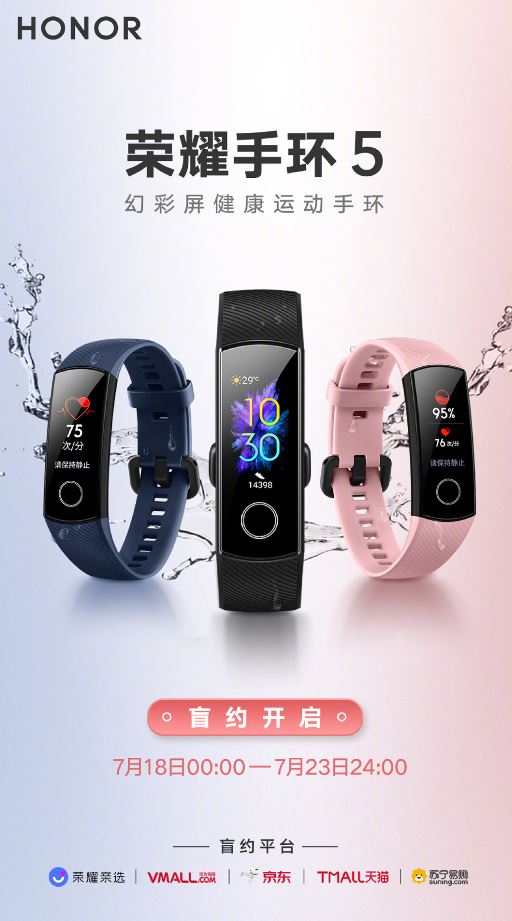