Today Huawei has officially announced that its Huawei Watch GT has shipped for over 2 million units worldwide, which is a big achievement for the company on the platform.

This could be the result of its recent growth made in the first quarter of 2019, which is accounted for 3% growth in its wearables market share globally.

Huawei Watch GT comes with a 1.39 inch AMOLED colored display with touch screen support, there are two physical buttons added on side of the watch for Power and Functions.

The watch feature 128MB of RAM and a battery life that can stand up to 2 weeks on typical usage. Also, it has various sensor including Huawei TruSeen 3.0 heart rate monitoring technology.

Moreover, Huawei Watch GT includes activity tracking applications that help the users to keep track of their day-to-day activities on the go. 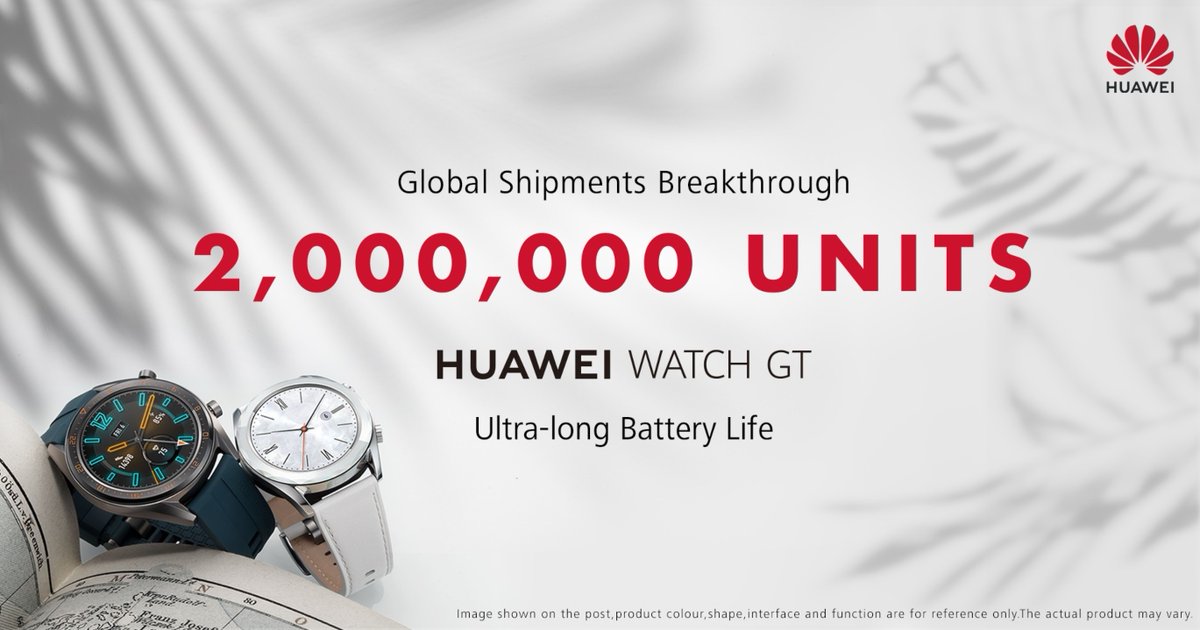